We are pleased to announce that we are having a little baby girl on or about the 25th of October. Here are some of the ultrasound pictures and videos. 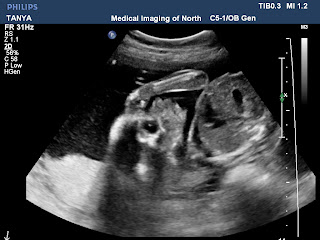 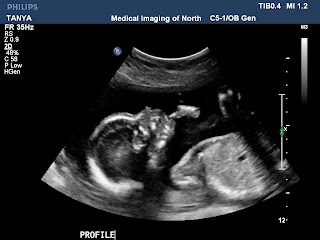 Here is a video of her closing her hand.

Here is her heart beating. My wife thinks that it looks like she is doing a Star Trek "Live Long and Prosper" sign, as if she wasn't doomed to nerdiness already with us as her parents.

And lastly just some movin around. 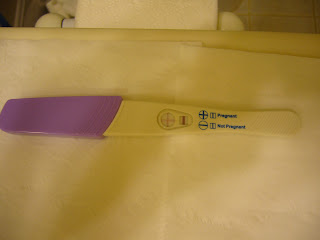 We thought we would catch up everyone on the last six months of life. The biggest news being that Elizabeth is PREGNANT!!!!  We find out the gender on June 11th and Elizabeth thinks it might be a boy and I think its a girl. 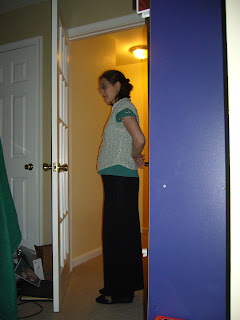 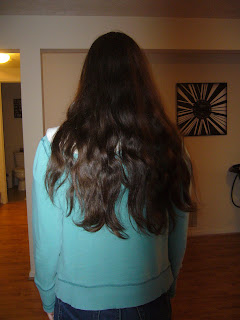 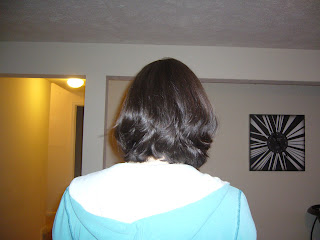 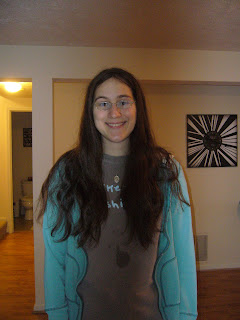 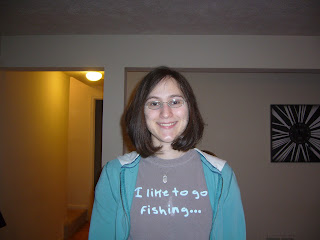 In March we visited my Grandmother in Kentucky with my brother Adam and his wife and their son Beck. 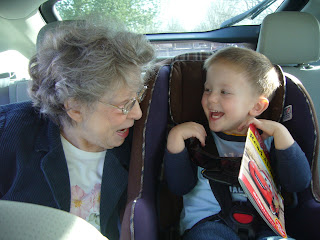 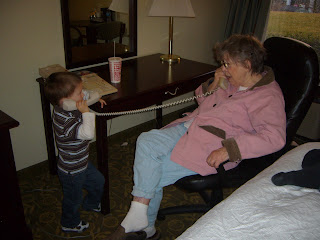 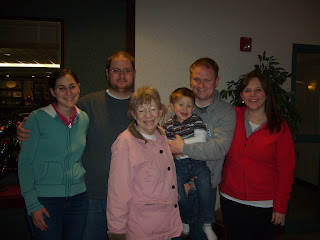 We got to visit some of my favorite places growing up, my favorite being Poor Richard's Bookstore the second floor of which is stacked with old books. Enjoy the pictures and we will let everyone know whether we are having a baby boy or baby girl. 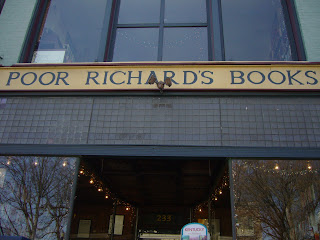 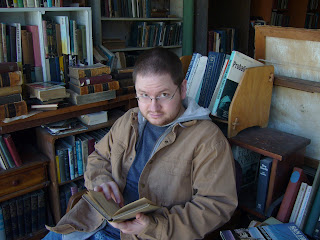 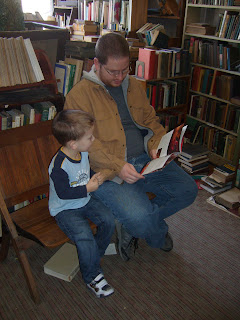 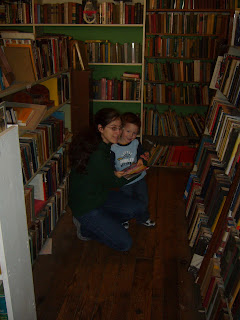 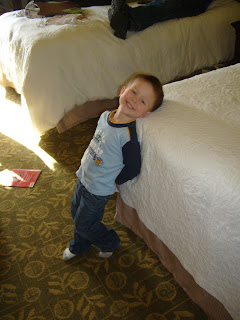 Cody and Elizabeth
Posted by The Ririe Family at 7:50 PM 4 comments:

Best Movies of the Year

I did this last year and I had a good time with it. This year seemed to be a little lighter on good movies (I also saw fewer movies that could be a factor) but there were still some good ones. A lot of the movies I liked this year were surprises, movies that looked horrible then turned out to be pretty good. Anyway on we go... they are in no particular order this time.

Steven Spielberg's War Horse is easily the best looking movie of the year. Even when filming a charge in the trenches of World War One the visuals are brutal but still very striking. This is a family film with an uplifting ending however it is PG-13 for a reason, the war scenes while not overly graphic are very intense. Perhaps older teenagers and up? I don't know your call. A little long for younger viewers its 2 and 1/2 hours. Well worth watching, really well done.

Rated PG-13 for intense sequences of sci-fi action and violence, language and some drug use.

A movie about a group of middle school studentsate 1970's that love to get together and make movies with their parent's Super 8 video cameras. What sets this movie apart is the amazing performances by the kids. They are amazingly natural and funny. J.J. Abrams the writer and director came up with the idea along with producer Steven Spielberg. The movie feels like early Spielberg (E.T, Jaws, Close Encounters) but is more than just a tribute. Super 8 is everything a summer movie should be, heartfelt, scary and really funny. The PG-13 is mostly for the language which is fairly prolific throughout.

Brings the series to a worthy ending. Does a great job of answering all the questions in an exciting way. It isn't too long and brings about a wonderful nostalgia when you watch it. A great series of movies all together.

Rated PG-13 for sequences of intense action and violence.

A really fun movie. Directed by Brad Bird who wrote and directed "The Incredibles." This is his first live action movie and he does a great job. There is a lot of comedy that covertly pokes fun at the spy movie genre. The most amazing part of the film is when Tom Cruise (who did ALL of his own stunts) dangles hundreds of stories up outside of the worlds tallest building in Dubai. I get sweaty palms just thinking about it.

A movie that on the face should have been really stupid, but avoided pitfalls by knowing when to not take itself too seriously. Great acting by the lead Chris Hemsworth and Anthony Hopkins, a great almost Shakespearean comic book movie.

Contagion is effective because of what it is not. What it is not is science fiction. It is a relatively low key look at what would likely happen if a new, deadly and easily communicable virus went loose in the world. Both the best and worst of humanity is revealed by the crisis. Not a movie to watch if you already have a healthy fear of germs, this movies will send you into a panic attack.


The Tree of Life

I don't necessarily recommend anyone watch this movie. I really liked it but it is very very different from any normal type of movie that a person would usually watch. It is the story of a 1950's Texas family told mostly from the children's point of view. This story is inter cut with the formation of the universe and how the earth has progressed, there are even dinosaurs for a few minutes. Like I said, very different. Full of amazing visuals "The Tree of Life" is almost more of a poem told in the form of a movie. I really was hypnotized by it and had a great experience watching it I just don't think a lot of other people would feel the same way. You were warned.

Rise of the Planet of the Apes

Rated PG-13 for intense and frightening sequences of action and violence.

Another movie that I rolled my eyes at when I saw it advertised. In reality it is a very involving movie that creates a real sense of empathy in the audience. The human characters are a little bit one sided but the apes are so well acted and realized by the visual effects people that by the end you really are rooting for the simians and against your own kind. This is an example of visual effects as art. The lead ape is played by Andy Serkis who is the man behind Gollum in "Lord of the Rings". He turns in a remarkable performance, if you rent the DVD make sure to watch some of the behind the scenes material it is amazing to see Serkis act like an ape without the visual effects. Give this one a chance I don't think you'll regret it. It is intense and scary in a few parts take the PG-13 seriously.

Rated PG-13 for a disturbing image and a crude gesture

This movie is silent and in black and white. Yes I say again this movie is silent and in black and white. It is also very funny, charming, moving (insert more hyperbole here).Its about a silent movie star who has trouble adapting to the advent of sound. This may not be your cup of tea but if you have ever enjoyed an old movie than you have the potential to really like this film. Don't discount younger kids either I remember watching "WallE" in the theater and seeing young kids be totally attentive to the "dialogue free" first 45 minutes while their parents were out cold.

AND FINALLY MY FAVORITE MOVIE OF THE YEAR IS...

Rated PG-13 for some strong language

I really don't like baseball all that much. I never watch it, I know how it is played but that is about it. Moneyball was made by people who obviously love baseball but the story could be about business or religion or society in general. A few men who try to breakout of doing something the way it has always been done. In this case the general manager of the Oakland Athletics Billy Beane back in 2002. A very smart movie, that doesn't forget to really bring across genuine emotion while being funny and exciting at the same time. For these reasons it is my favorite movie of 2011. 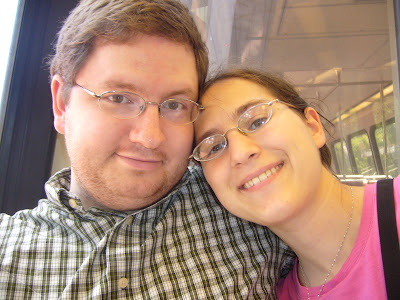 Us on our Anniversary

Here is a quick update of how we are doing. Both Josh (half-brother who lives here in Northern Virginia with his mom) my Dad and I were sick for a number of weeks around the holidays. Josh and my Dad spent several weeks in the hospital diagnosed with Pneumonia, I was sick with a bad fever but never went to the hospital. We are all better now. Elizabeth never got sick I think because of the virtues of a Flu shot which I did not get because I thought at the time it looked painful. That was dumb. 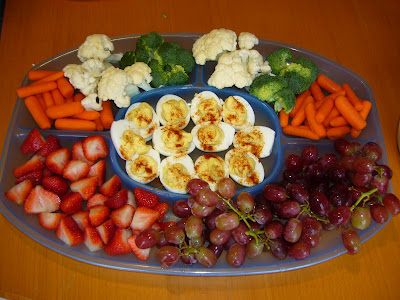 Speaking of dumb I tried to give myself a haircut recently and it turned out so bad I ended up shaving all of my hair off. I've heard hair grows back however, I will still be in exile as a precaution for a while until it does. Until my recent hair care problems I had a full beard that had come in after 2 months of growing and shaggy long hair. Elizabeth wants me to post before and after pictures but that is not going to happen. I have produced another video for a local Italian Chef and for a Financial planner in the area. When they are approved and posted on the internet I will post links for people to look at. Elizabeth is still leading the Primary music, substitute teaching and teaching private piano lessons. One of her students had a recital recently and she did really well. We hope everyone is doing well and we wish everyone a happy year.

Below are some pictures from Thanksgiving, Which my Brother Adam came out for. 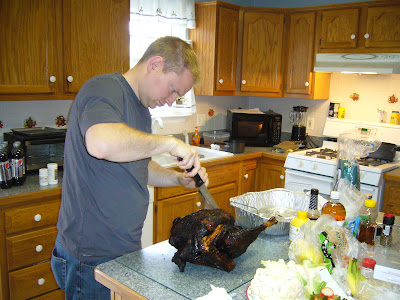 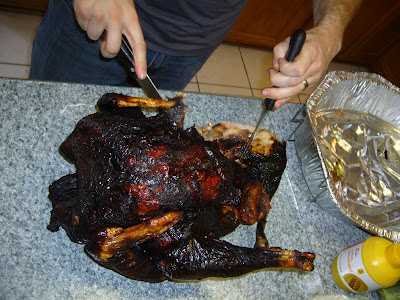 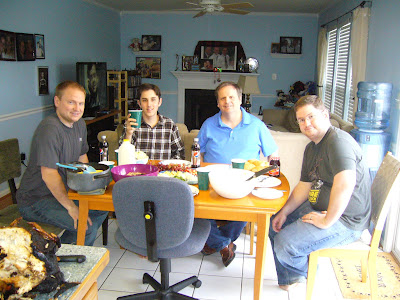 The pictures below are from last week when Elizabeth and I attempted a fancy Italian soup that the chef I make video for taught in a class I filmed. It turned out pretty good. 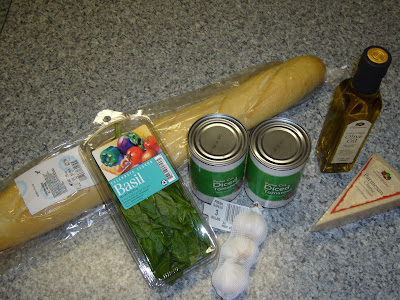 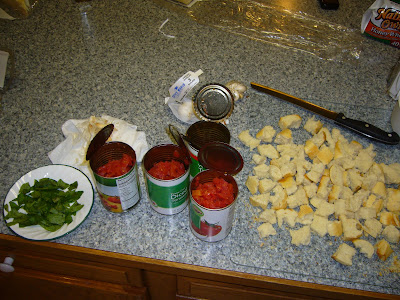 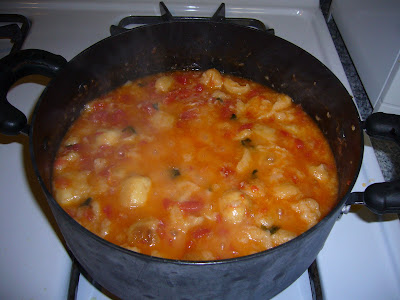 Posted by The Ririe Family at 2:26 PM No comments: